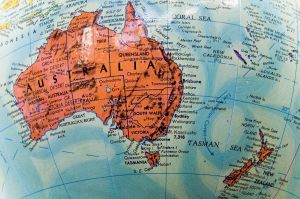 Data of Tourism Research Australia earlier showed a 19 percent increase in Chinese visitor arrivals in Australia in the year to September.

According to ATEC Managing Director Matt Hingerty, there are markets other than China, like India, Japan, South Korea and Indonesia that are coming back to Australia strongly.

However, he said China is the big contributor to Australia's tourism, partly because of the two way trade in commodities which is driving business traffic but also leisure tourism.