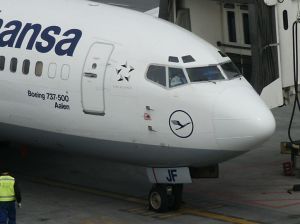 After talks earlier Friday, the German carrier offered further measures to allay competition concerns, the European Commission said. Lufthansa is proposing to pay €4.49 ($6.40) a share for Austrian Airlines' outstanding shares. The takeover also will receive help from the Austrian government in the form of €500 million in restructuring aid.

The airline already was offering to give up slots on five city routes flying out of Vienna to ensure that it passes the European Commission's competition scrutiny, according to a document seen by Dow Jones Newswires.

Bar codes are not new technology, but they can be an incredibly effective way of...
Read more

The Ministry of Tourism has joined with the Gilbert Agriculture & Rural Development...
Read more

On her first big trip away from her home and parents in Brazil, 14-year-old Juliana...
Read more