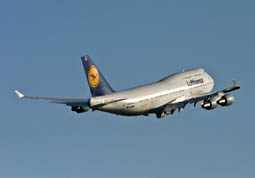 Lufthansa and Brussels Airlines are stepping up their cooperation within the framework of the planned admission of the Belgian carrier to the Star Alliance.


Starting February 15, passengers from both airlines will have access to each other’s lounges. Members with Platinum status in the Belgian airline’s Privilege frequent flyer program will in future be entitled to use all Lufthansa Senator and Business-Class lounges worldwide. In turn, Lufthansa’s Miles & More frequent flyer members will have access to Brussels Airlines’ lounges. From this weekend, HON Circle members, Senators and First Class travelers in Miles & More will be able to use the Belgian carrier’s lounges in Brussels. Additionally, passengers’ baggage can be checked-through to their final destination on flights operated by the two airlines.

Plans for the next steps in cooperation between Lufthansa and Brussels Airlines are already underway: Passengers will very shortly be able to combine the fares of the two carriers in cross-border traffic. Conclusion of a code-share agreement encompassing large parts of the two airlines’ networks is also planned. The accord will enable numerous connections to be offered under joint flight numbers. Additionally, Lufthansa, Brussels Airlines and Swiss International Air Lines are to pool their frequent flyer programs.