Hard times ahead for hotels in Australia 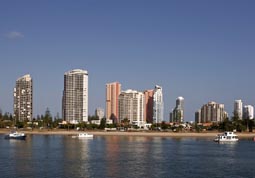 The near-term future of the hotel industry in Australia is looking especially challenging. The global economic crisis spreading throughout the world has caused many problems for the industry, and recent natural disasters will contribute to further problems.

According to STR Global, Australia as a whole saw decreases in occupancy and revenue-per-available-room figures up through the end of 2008. Occupancy was never positive during the last quarter of the year, and RevPAR was stalling. While not seeing as sharp a decrease as other countries, the decline is still prevalent and widespread.

But there are some bright spots amid the gloom. Certain cities, such as Melbourne, saw positive RevPAR at the end of 2008. In addition, average daily rate continues to stay positive for the country as a whole, mitigating the declines in occupancy. But will the trend continue?

Unfortunately, due to a lack of travel fuelled by the global economic crisis, hotels in Australia are expected to have a discouraging start to 2009. According to UNWTO World Tourism Barometer, the country saw the weakest tourism arrival figures in several years, at -1.5 percent for 2008. This was brought on by the increasing exchange rates, as well as the increased cost of air travel.

Get the full story at: HotelNewsNow