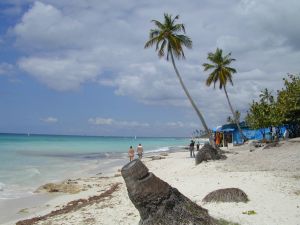 Dominican Republic. Tourist arrivals to this country grew 6.09% in November compared to the same month in 2008, thanks to the surge in arrivals of foreign visitors (+4,49%) and Dominicans nonresidents (+16,67% ). The Tourism Ministry said that this is the third consecutive month of growth, which reflects the gradual recovery of the industry.

In a statement, the Minister of Tourism Francisco Javier Garcia, said that over the last three months 718,734 tourists visited the country, compared with 672,333 who did so in the same period in 2008.