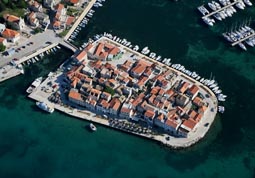 Croatia is one of the most popular holiday destinations for Czechs, it has been claimed. As featured in the Croatian Times, the country’s tourist board office in the Czech capital, Prague, recently told the Hina news agency that Croatia is the break of choice for the locals.

Speaking to Hina, the office’s head, Antun Plenkovic, said that he expected Croatia to remain popular with tourists from the Czech Republic despite the poor economic climate sweeping the continent.

According to the Croatian Tourism Board, approximately 630,000 Czechs visited the country in 2008 –amounting to more than 4.2 million overnight stays.

Additionally, the Croatian Times reported this figure was disputed by the Czech Ministry of Tourism, which argued that in fact over one million people from the country had traveled to Croatia in 2008.