British tourists are ready to return to Mexico 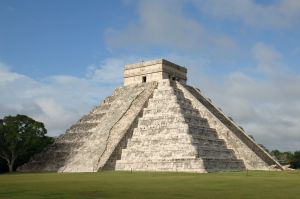 Last month’s outbreak of the H1N1 virus, which led to the cancellation of thousands of flights and holidays, saw bookings plummet by around 80 per cent, while hotel occupancy reached a record low. However, since the Foreign Office ended its warning against all but essential travel to Mexico nearly two weeks ago, tour operators reporting a resurgence in bookings and enquiries.

The online travel agent, Sunshine.co.uk, claims that bookings have increased by 38 per cent during April and May, compared with the same period last year, while enquiries have doubled. The majority of bookings are for travel in November and December, according to Chris Brown, managing director of the Sunderland-based company.

A spokesperson for Journey Latin America said that it had also seen a rise in enquiries to the region.

The signs of recovery that will come as some relief to Mexico's tourism authorities. The country launched a multi-million pound campaign on Monday in an effort to boost tourism, an industry that represents Mexico’s third largest source of foreign income, with more than 20 million visitors arriving from overseas each year.

Travel industry professionals will be invited to tour the country, while hotels and airlines have been encouraged to cut back on prices in a bid to lure visitors. Some hotels have even resorted to offering swine flu "guarentees", which promise a free future stay if a guest falls ill during their holiday.The swine flu outbreak is believed to be responsible for 149 deaths in Mexico.

Meanwhile, a report today by the luxury operator, Hayes and Jarvis, will provide further encouragement. It claims that the long-haul market is showing increasing robustness, with late bookings to Kenya, Thailand and Sri Lanka - all off which have suffered political or civil unrest in recent years - showing a marked increase.

Bar codes are not new technology, but they can be an incredibly effective way of...
Read more

Air traffic demand continues to grow but at a slower pace, according to the...
Read more