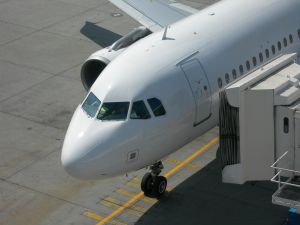 European Union regulators proposed to suspend an obligation on airlines to use their airport slots at least 80 percent of the time to avoid losing them, offering relief amid the economic decline.

The European Commission’s proposal in Strasbourg, France, would suspend the EU’s use-it-or-lose-it rule on airport slots from March 29 until Oct. 24 as air traffic declines. The measure needs the support of national governments and the European Parliament.

The proposal would prevent airlines from having to fly nearly empty aircraft simply to retain slots, which are worth millions of dollars. The slots would otherwise be lost in 2010.

“This is very, very important for airlines in the current situation,” EU Transport Commissioner Antonio Tajani told reporters in Strasbourg. The EU took similar steps after the Sept. 11, 2001, terrorist attacks in the U.S. and the 2003 outbreak of severe acute respiratory syndrome.

The Association of European Airlines representing network carriers including Air France-KLM Group, Deutsche Lufthansa AG and British Airways Plc hailed the commission proposal, saying it would facilitate schedule planning for next year and remove the dilemma for carriers of deciding whether to operate unprofitable flights this year simply to retain slots in 2010.

“The commission has acted with commendable speed and has recognized the depth of the economic crisis that is affecting our industry,” David Henderson, an AEA spokesman, said by telephone from Brussels.

EasyJet Plc, a European discount airline that isn’t a member of the AEA, criticized the commission’s proposal. The U.K.-based carrier said in an e-mailed statement the plan would lead to fewer flights and higher fares by enabling “inefficient, poorly run airlines to hoard valuable airport landing slots, rather than allowing unused slots to be returned to the many European airlines that are ready, willing and able to operate them.”