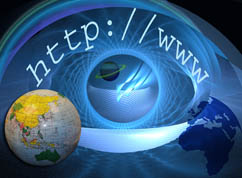 Marketers used to spend the bulk of their money on TV ads, which ran for a few weeks or months at a time. But these days, because of the Web, the shelf life on ads is infinite.

That has caused some new challenges: Some Web-based creative projects can last for years, taking on a life of their own. They can even take on forms that were not originally intended by advertisers. And because many of these ads are aimed primarily at a narrow slice of the general populace, they can take a long time to approach critical mass.

Still, there's good reason for this shift. Much more chatter about ads and commercials has begun to take place online. By moving efforts to the Web, advertisers hope to harness consumer reaction and sentiment. Almost half of the discussion of this year's Super Bowl ads, for instance, took place on social media sites focused on movies, video games, and entertainment news, according to TNS Cymfony, a tracker of online buzz.

As the Web changes ways of doing business, said Alicia Arnold, vice president of account management at Molecular, a Boston digital agency overseeing the effort, advertisers including Reebok are asking: "How can we move away from buying media time and toward creating time" between us and our customers?

Since April 2007, Reebok International of Canton has hosted Run Easy, a website (www.goruneasy.com) that lets runners map out their favorite routes, post iTunes playlists, join jogging-related discussion groups, and upload photos. The site snared more than 1.61 million unique visitors between its launch and mid-December 2008; in comparison, the first season of "Damages" on FX reached an average of about 2 million people on days it aired, according to Nielsen Media Research.

A broader Run Easy ad campaign involving TV helped start the venture, but the Web effort has largely sustained itself through user-generated activity.

To get the most out of Super Bowl ads - and presumably other campaigns that require significant investment - advertisers need to "blend social media, traditional media, and buzz around the watercooler," said Jim Nail, chief marketing officer of TNS Cymfony.

After pushing consumers online, however, marketers are discovering they need lots of patience. Reaction to a Web campaign may only come in dribs and drabs. "Because of the viral nature of it, you can't necessarily take it down. Things can live for many years way past the initial putting it up there, because they get passed around, and end up in different places," said Andrew Graff, president and chief executive of Allen & Gerritsen, a Watertown agency.

Get the full story at: Boston